Just outside Per-Bastet, in the kingdom of Nuria Natal, lie the newly discovered remains of Anu-Asir, a city once believed to exist only in myth. The ruins of Anu-Asir lie submerged under accumulations of sand, floodwater, and tall tales. It is now a hub of activity for those seeking to uncover its secrets—and profit from them. Droves of the curious, hopeful, greedy, and eccentric congregate around the unearthed city.

And just outside Anu-Asir, across the River Nuria, lies the most recently surfaced relic: the Pyramid of Tiberesh. Dare you explore its deadly mysteries?

Pathfinder Society: #9-01 The Price of Enlightenment

"The hunger had gnawed Piotr for days, but as the grease ran down his chin, he knew the nightmare was over. The roast was the best thing he had tasted in his life, a meal fit for the king. The meat was so tender it almost melted in his mouth, and its juice carried the soft sweetness of honey and thyme.

He took another bite and moaned in pleasure. Then, for a short moment, a strange realization rose in his dim mind; the first-mate’s thigh tasted like he had smelled in life – of sea, salt and wind.

Piotr smiled, without really knowing why.”

In the distant islands of western Mendarn, an anti-empire movement is amassing, emboldened by the recent successes of the rebel enclave.

Sent to reinforce the empire's presence in the region, is Major Vazemir, a distinguished and rigid military man. His soldiers however, simply want to return home.

Taking them to their distant destination is an old merchant galley, The Sunset Empires, under the command of the vessel's harsh, drunken Trade-Captain Bartosch and his rowdy crew.

Perhaps unsurprisingly, amidst the ship’s trade goods and soldiers, is a small band of peculiar mercenaries, seeking to reach the distant islands for their own strange agendas.

Several weeks out of port, The Sunset Empires runs into foul weather, drifting steadily off-course. In the following storm, the ship crashes on the shores of an unmarked island, in a final, terrible creak of timber.

The survivors are pitted against the unwelcoming island; its twisted inhabitants, vegetation, waters and very soil hostile and unforgiving to all but the hardiest of people.

Yet the greatest danger lies in the hearts of men. For there is plenty of familiar company, sleeping under the islands’ shallow waters.

‘Sleeping under shallow waters’ is a survival/mystery adventure for 3-5 adult players, run on an in-development story-driven system called NNRPG, slated for publication in September 2019. Participants are kindly asked to fill a short feedback questionnaire for the game developers after the game.

Game is played in English if we have English participants, otherwise we'll run in Finnish. 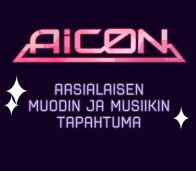 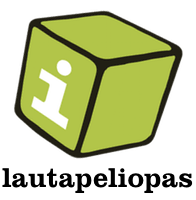